A sandbox campaign is a style of campaign where player characters can go where they want and do what they want, how they want within the constraints of the game world and the game system. Players are free to determine their own objectives and means of achieving them.

My style of sandbox game is to create a setting with a number of competing factions and NPCs, along with locations and objects with a history that impacts the game world in the present moment. I wind up the clock work, drop the player characters into an interesting and troubled part of the world and see what happens.

Sandbox campaigns are my favorite.

I’ve played tabletop role-playing games of many different genres, systems, and styles since the late 80’s. The most memorable campaigns have been sandbox campaigns.

The main reason I prefer sandbox campaigns as a referee are the surprises. In a properly run sandbox, the players decide objectives they want to pursue, and how to get it. I am able to anticipate much of what players will do through long experience, but quite frequently players surprise me with their shenanigans. I enjoy the crazy stuff they do and come up with.

As a player, I am not a fan of plotted adventures. I know these are very popular. Some of them might be well written and well designed. I’ve never played one that provided me with an experience as exciting as the sandbox games I’ve played in. More often, I get annoyed as the players are discouraged from exploring something interesting in favor of the breadcrumb trail. Personal experience, your mileage may vary.

Give me a sandbox. You don’t need to tell me to find something fun to do. I’m going to go looking for it. Many players prefer to be handed a quest and sent on a journey. I’d rather create my own.

When a sandbox campaign is well designed and played, the results of the adventures will be unexpected and the experience immersive.

There are many criticisms of sandbox campaigning. The criticisms amount to bad design and inexperienced game masters. Any style and method of campaign or adventure can suck if the game master doesn’t do a good job of building and running it. If the designer or the game master messes up, it doesn’t matter what you are running. Every style and structure of RPG scenario design has its strengths and shortcomings. Sandboxes can be more challenging to run, if you don’t understand how they work.

Sandbox gaming requires a certain mindset. If you build the setting and the campaign right, much of the adventure and encounter design is very intuitive and time efficient.

Here are some elements of a robust sandbox campaign.

Too many hooks and choices for adventures in a sandbox campaign can create analysis paralysis and a feeling that if we had made that other choice it would have been better. I keep three to five active adventure possibilities in my sandbox campaign at a time.

Fewer than 3 makes the campaign feel like there isn’t anything to do. More than five starts creating anxiety. Three or four is about right. I like to drop hooks to other adventures within adventures.

Who was that wizard? Why or how did he have orcs and goblins working for him? What were they looking for?

Don’t have villains waiting around for player characters to invade their lairs. Passive villains are boring villains.

You need ambitious NPCs who are actively working to achieve their goals. Those goals should cause people who live that setting a problem or three. Major NPCs should conflict with other major NPCs. Two kings fighting over land. Gangs fighting over turf. A civil war. A succession fight. A necromancer seeking an all but forgotten relic stored in the vault of the most important temple in the city.

Active non-player characters require servants and henchmen. Their goals can’t be achieved without minions. Their holdings require patrols and enforcers. Prestige and status are maintained by having peons to lord over.

The marshal has hired no-name 1st level adventures (player characters) to deal with a small group of bandits because he doesn’t have the time and it’s not a problem worthy of his personal attention. He has a dragon menacing the city, an orc raiders in the borderlands, and the day to day needs of thousands of people to manage. A dozen bandits harassing traders are a nuisance but one he has to do something about. The merchants are complaining about getting mugged on their way to pick up wool and he can’t ignore their complaints because they pay the most taxes. Hence, the PCs.

Heavy hitting NPCs have allies and clients seeking favor and aid. Important people with wealth, power, influence are sought after. Kings have petitioners. Guilds have people seeking admittance to the guild as apprentices. Lesser lords seek alliances with more powerful lords. Merchants join together to create leagues and trade information. These are tools for the referee to create conflicts the player characters can get involved in.

The player characters should have encounters with the allies, enemies, minions, servants, and informants long before they have a direct interaction with those NPCs.

Friendly NPCs in trouble can be a great hook for many different adventures.

Create villagers who will wine and dine the party when they come to town because they saved the village from the necromancer. Create a friendly wizard who identifies magic items, shares information, and gives PCs aid when they desperately need it.

Then, you need to kill the NPCs when the player characters are out of town on adventure. I’m joking, a little.

The basic concept is that you need NPCs that help the player characters and once the players have established a friendship with those characters, put the NPCs in danger or create a problem for them that the PCs can solve. Sometimes killing NPCs or creating dangerous situations for helpful, allied NPCs will spur players to action and heroism.

Conflict is the beating heart of a sandbox campaign. You need conflict between NPCs, monsters, gods, or factions within your sandbox. Those conflicts don’t have to be apocalyptic battles between the gods or an invasion of the Old Ones from another dimension.

It can be a fight between petty lords over a debt. It can be a turf war between gangs. It can be a rival groups of adventurers trying to find the most treasure.

These are simple and straightforward. A comet portending doom. Destruction caused by the 100 year emergence of purple worm larvae. A king dies of old age.

This doesn’t have to be negative. These can be feasts and festivals that happen during a specific season or day. Annual rites and rituals at the local temple. A magic tree has fruit that ripens during the full moon in late summer and if you don’t harvest them that day, you miss out. The birth of a child.

These are often not the problem or conflict but a hook. They are reasons why player characters go somewhere at a certain time and while they are there, a hook or adventure drops into their lap.

These are obvious, well known, and worth repeating. Dungeons, crypts, ruins, wizard towers, monster lairs are a staple of old school sandbox gaming.

The players find a magic sword in a dungeon. It is an elfish family heirloom lost in a battle a hundred years ago. The elves want it back.

A party selling off non-portable loot gets attention from the thieves guild. The item being pawned was supposed to be in their vaults and they want to know who stole it and how.

The goblins in that dungeon have a mark that identifies them and they are a long way from home. The party defeats a goblin raiding with that same mark a few weeks later. They run across more of the same in a dungeon the week after that. The players start to wonder and decide to investigate.

All those ambitious NPCs and their minions exist in the setting as independent agents. The monsters, particularly the most powerful monsters, are not in suspended animation waiting for adventurers to show up and slay them. They are eating villagers, capturing maidens, and doing whatever they do between meals.*

The NPCs and monsters are the referee’s characters. Role-play them. Put yourself in the role of the ancient red dragon. Your spies have told you that some adventurers were seen three days away. What do you do?

You are the leader of the thieves guild: Some adventurers burnt down your gambling house in the shady part of town. That cost you a lot of money. They are staying at the Squatting Dog Inn. What do you do?

Consider the interests of your big monsters, NPCs, and even the gods. Determine what they are doing, who they are doing it to, and how. You might not reveal that to your players right away but in time, they’ll develop an interest when those NPCs are creating problems for the party or it’s allies.

This is why organization and tracking time in your campaign is critical.

How to create and run sandbox campaigns is a topic bigger than a single blog post. I’m working on revising a series of sandbox campaign essays I wrote for my monthly newsletter in 2021. If you’d like to learn more, join my newsletter list and you’ll get access to essays on Running High Level OSR Sandbox Games and more.

Rob Conley of Bat in the Attic has a very detailed step by step process for creating a fantasy sandbox.

A less involved method from Melan of Beyond Formalhaut

I borrowed some ideas and concepts from this essay by video game developer Earnest Adams.

Another good article on open world games from GamesRadar+.

*”A good monster is a monster you can imagine in repose.”  Guillermo del Toro 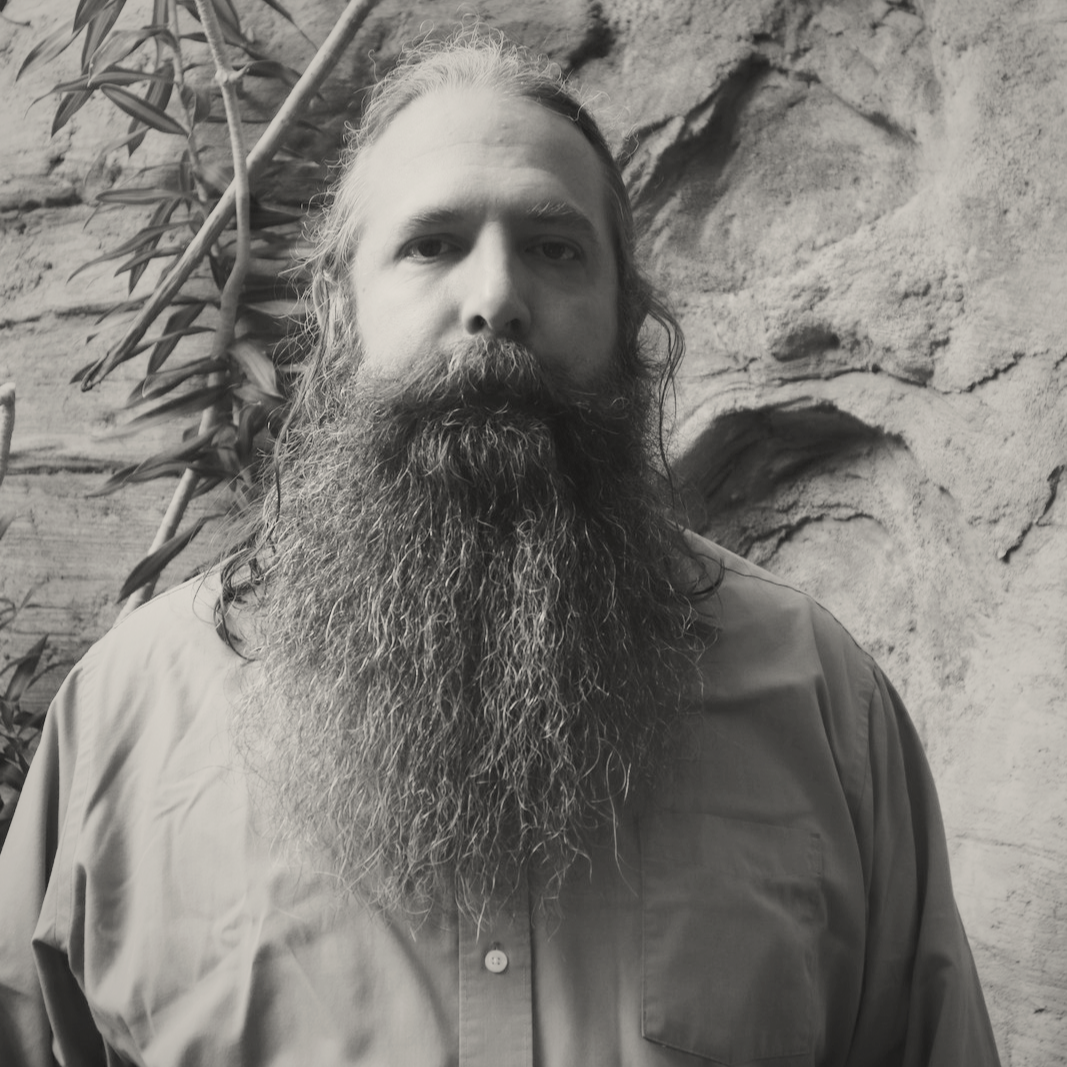 The friendships I’ve forged while playing adventure games, listening to heavy music, and sharing stories saved my life and made it worth living.

I live in a suburb of Cleveland, Ohio. America’s most underrated city.